As we know, Apple released iOS 7.1 upgrade for iPhone, iPad and iPod touch on March 10. During the past few months, rumors about untethered jailbreak iOS 7.1 has been widely spread on the Internet. We've seen some hackers sharing different evidences attempted to prove the untethered jailbreak iOS 7.1 has been achieved on devices like iPhone 4 or 4S. No matter the rumors are true or not, the thing we can confirm is that the jailbreak community is taking Apple challenge of iOS 7.1 very seriously and iOS 7.1 untethered jailbreak will be available very shortly. So jailbreakers, while waiting for the untethered iOS 7.1 jailbreak, take out your jailbroken devices running iOS 7 to iOS 7.0.6 and let's see what you need to do or not so as to make the upcoming iOS 7.1 jailbreak more smooth. 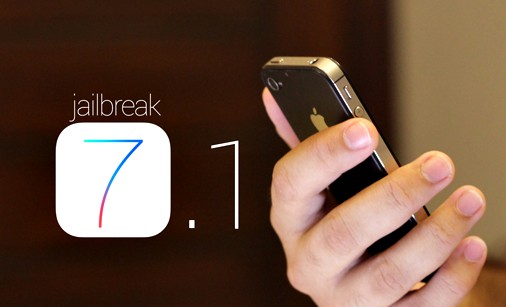 The following are some important tips for jailbreakers about the things to do or not before jailbreaking iOS 7.1.

1. Do Not Upgrade or Restore to iOS 7.1 that Can't be Jailbroken

For those who have a jailbroken iPhone, iPad or iPod touch on iOS 7.0.6 or lower, remember not to upgrade your device to iOS 7.1 since Apple has patched several exploits in iOS 7.1 used by evad3rs in the evasi0n7 jailbreak. That means, you won't be able to jailbreak iOS 7.1 if you upgrade the device to iOS 7.1 "by accident".

In order to reduce the risk of running into problems, you'd better regularly uninstall jailbreak tweaks that you don't need. As you may know, error always occurs due to compatibility issues between different tweaks.

3. Keep Away from Your File System

Many jailbreakers may get themselves into trouble by doing something such as deleting files with iFile. They may accidentally delete a system file and be forced to restore their device. That would be terrible because restoring device means losing that iOS 7.1 jailbreak irretrievably. What's worse, by restoring iOS device, you will face the risk of losing all personal data on it. If that unfortunately happens, you may turn to some 3rd-party app for help, such as Dr. Fone iOS Data Recovery to recover lost data after jailbreak.

If in some cases, you got into reboot loop, you can get out of it by applying Hard Reboot or Volume Up tricks.

If luckily the iOS 7.1 untethered jailbreak finally came out and you begin setting out to jailbreak iOS 7.1, think it over. If you are talented enough and know what you are doing, you can do the jailbreak by yourself. Otherwise, you'd better have a professional do the work for you to avoid some serious or even permanent damage to your phone. If you insist on doing the jailbreak thing by your own, then it's necessary for you to know something about the top solutions for jailbreaking iOS 7.1, in case you encounter some technical problems during jailbreaking and need someone there to assit you.

This tool is highly recommended because it's fast and secure. It takes less than 5 minutes to jailbreak and unlock your iPhone in 3 steps only. It provides effective and prompt customer service to help you go through the jailbreak.

Unlike iJailbreak Pro, Apple Unlocker would take around 20 minutes to complete the process. Although it's not as great as iJailbreak Pro, this tool can also be well enough for jailbreaking. At least they got customer support which would give you useful advice if you have some questions about jailbreaking.

Either you are a veteran or a newbie to jailbreak your iOS device, you should beware of the basics of jailbreaking. You know everyone is talking about jailbreaking, but what actually is it? To put it simply, jailbreaking is a way to realize full potential of your iPhone, iPad or iPod touch. By jailbreaking your iOS device, you are allowed to download and use free or cheap apps from third-party store such as Cydia where most apps are free. Here you can find apps that are not approved by Apple but can really boost your iPhone's capability. And you don't need to worry about jailbreaking would violate the law, because it's legal.

• How to Restore iPhone After Jailbreak?

• How to Restore iPad After Jailbreak?